You are here: Home

Has the oil drain valve a magnet for shavings?

Has the oil drain valve a magnet for shavings?

The use of magnets in the oil drain bolt is to collect shavings from the engine and remove it from the oil system. Has the stahlbus-oil drain valve integrated a magnet?

The usefulness of magnets in the oil drain bolt is very controversial, because many parts of the engine are not magnetic (aluminum ,...). There should not arise shavings in modern engines, otherwise something is wrong with the engine and the alleged collection of shavings do not repair the damaged engine.

Smaller particles may occur on the wear on the clutch. Most oil pans are designed so that these particles accumulate at the bottom and are rinsed with the oil change.

Since the stahlbus-oil drain valve remains permanently in the oil pan and this is just the advantage over the conventional method (thread is handled gently), it is not possible to use a magnet in conjunction with the valve. Otherwise you would have to remove the valve always to look. In addition, one would indeed like to have no shavings in the valve, which could sit by a magnet between the sealing seat and ball when draining.


A better alternative is then to drain the oil and pull a magnet on a string through the drained oil. This then has the same effect as a magnet on the drain plug and does not bother.

Experience report of a user in the Circuit 01/2019 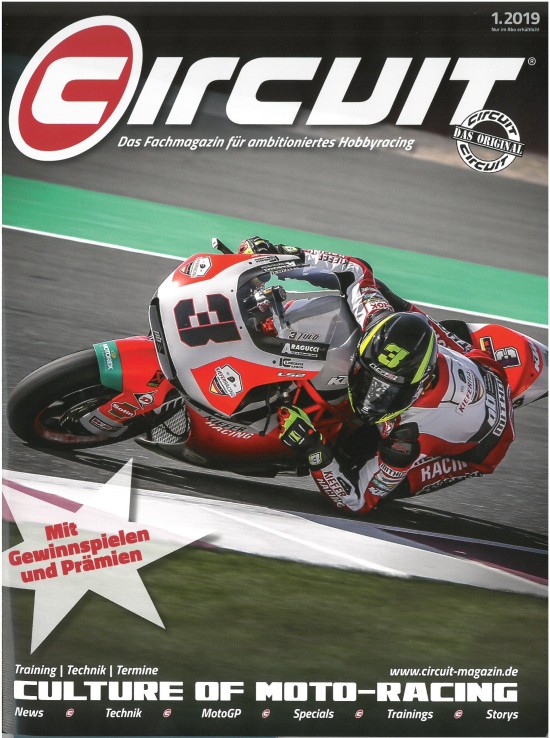 In the latest edition 01/2019 of the Circuit (trade magazine for amateur riders), an independent user reports on his experiences with the stahlbus bleeder valve and the oil drain valve... 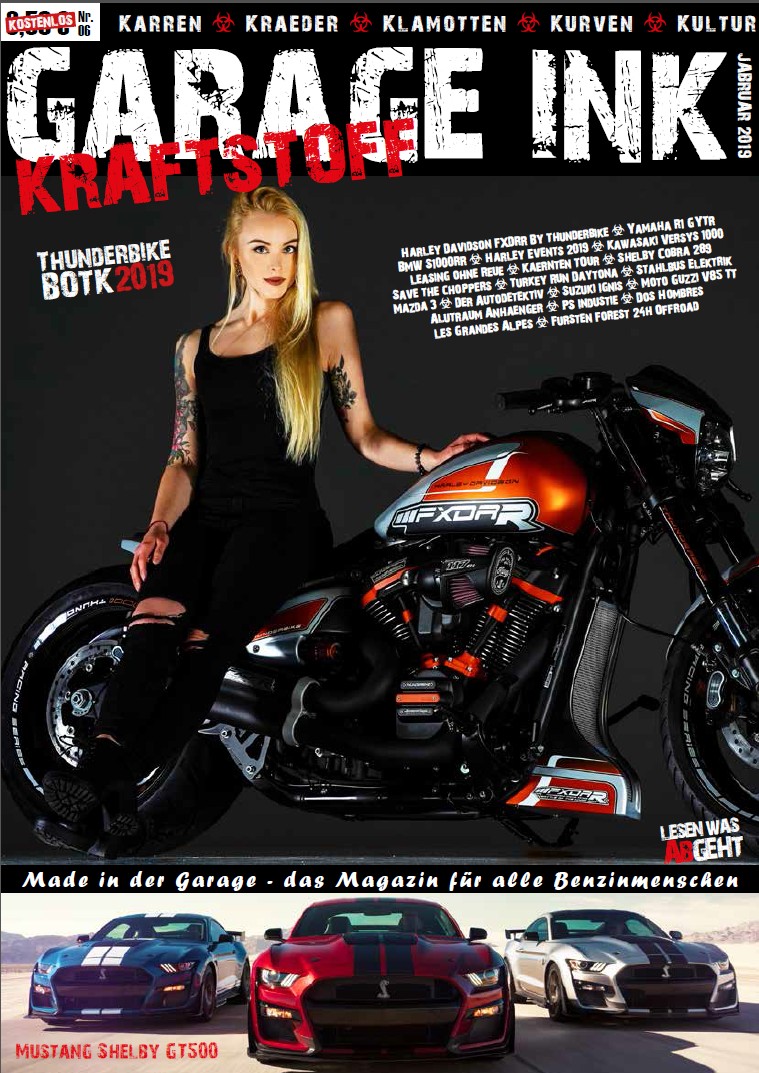 For the first time in the history of stahlbus we have to raise the prices after 10 years for example for the bleeder valves in 2019. As anyone can understand...

Application list now expanded for near all KTM bikes 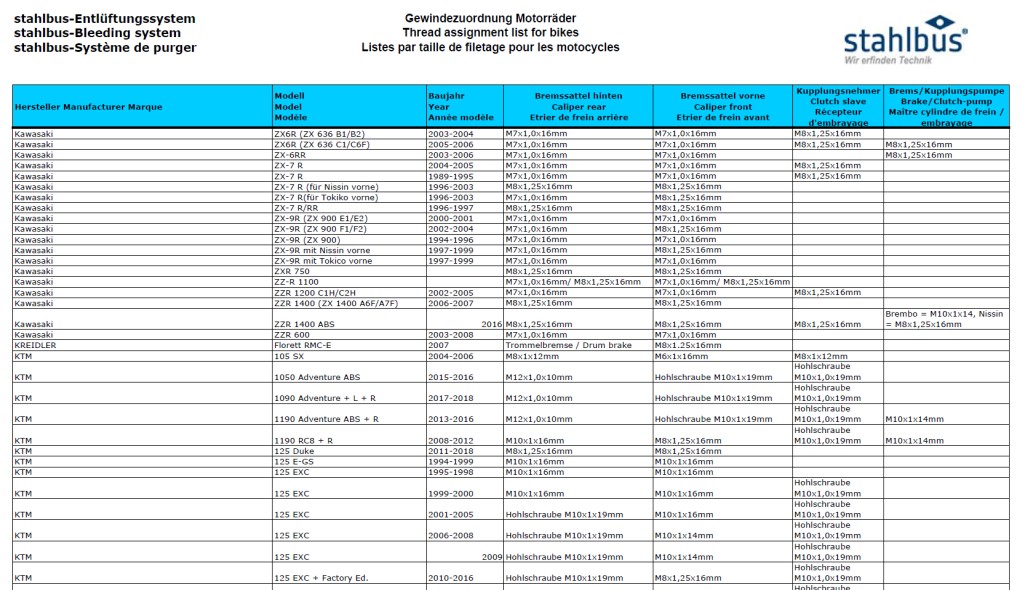 After intensive research, we have now found an assignment to our bleeder valves for near all KTM motorcycles. The list is freely downloadable here: http://www.stahlbus.com/…/Stahlbus-Motorrad-Gewindetabelle.… 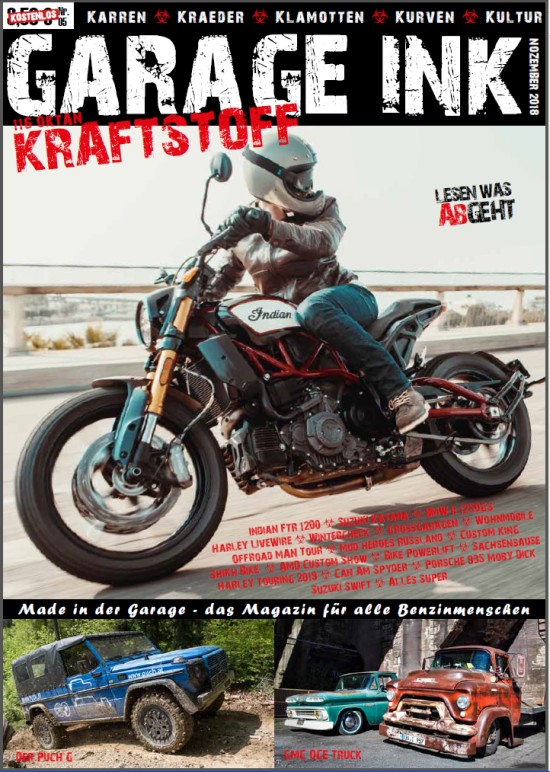 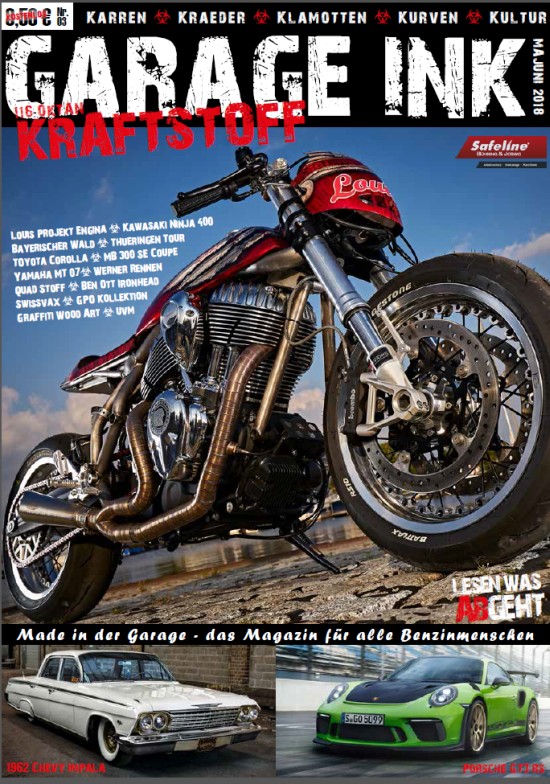 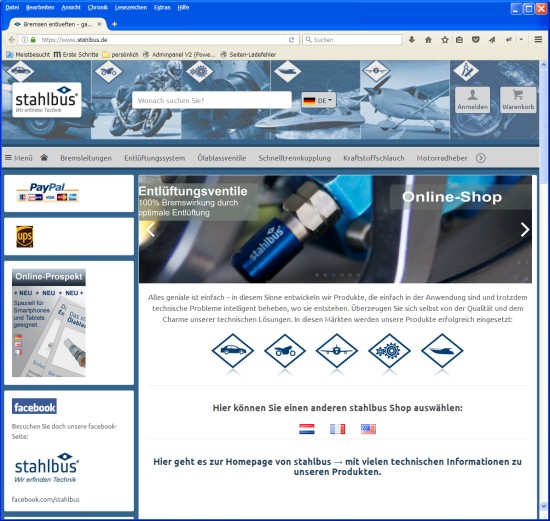 Today our new online shop (www.stahlbus.de) is going  live. In addition to many small improvements was thought specifically to the mobile users and the design optimized accordingly.     We hope you enjoy...

We have 255 guests and no members online